I want to visit all seven wonders of Britain. I’ve done four leaving only these to visit:

The Guardian also lists The Angel of the North as the eighth wonder. I haven’t seen that either!

If you’re interested, the others (that I have seen) are:

What does the world think of homosexuality then? It’s a crazy mixed-up place. Earlier this week, we had a sitting Conservative MP tell the world that he is gay. This, on top of the fact that the Tories also seem to be supporting the bill on gay marriage [previous comments on this subject]. It’s about time the Conservatives accepted that there are gay men and women in their rank and file. It’s just a shame it’s taken so long for one of them to publicly stand up and say so (mind you, it’s also a shame they have to say so). Still Hugo Young makes the most sense on the subject. Then we have a TV programme playing the camp-card for comedy – I know this is going to be unpleasant (Corrie’s Les Battersby to claim he’s gay). Lots of gay visability then. So why does the church continue live in another place on the subject? Catholics should boycott gay commitment ceremonies, is the new message. What is a boy to think these days?

Hugo Young in The Guardian:
Almost everything you need to know about the Tory party is encapsulated in the revelation that Alan Duncan is gay. A banal detail is elevated into first place in the news. A dreary social commonplace is treated by both the party and the media on a par with the discovery that the Pope has a secret wife. How much further behind the curve can an organisation get than feeling obliged to declare its 21st-century relevance by means of this amazing item? How devoid of content does a party have to be if the best way it can think of proving its openness, its revolutionary departure from type, is by showing its tolerance for Alan Duncan being gay?

In random wanderings, these caught my eye on Metafilter today: America’s CEOs aren’t greedy enough [Philly.com] and Vanguard Airlines intends to file for protection under Chapter 11. Imagine having your termination notice posted on a web site!

END_OF_DOCUMENT_TOKEN_TO_BE_REPLACED

I keep hearing that tension is mounting and we’re heading for some kind of war with Iraq. The West, apparently, wants rid of Saddam. The thing that concerns me most is that I have not heard or seen any evidence so show that it is right for The West to start throwing their weight around in that part of the world again. It is always suggested that we should fear this man (and maybe we should) but can somebody please tell me why we are doing this? Reason would tell me there is some terrorist threat. President Bush is going after the terrorists in every country. I would like to believe we have some sound arguments (and, of course, some evidence) for any attack. In a democracy, aren’t we supposed to know why our leaders may send fellow citizens to war?

Apparently, the church even think it’s immoral. However, as they don’t appear to have any more of a clue than I do what all this is about, how can they say that?

The anti-Iraqi messages coming from The West (and most importantly, from The White House) reminds The San Francisco Chronicle of Orwell’s 1984. While everybody with a weblog on this planet may be linking to this article at the moment, it’s not going to stop me from pointing you in that direction too.

I have been looking for a new MP3 player for some time. Amazon have a sale and, therefore, I have bought my self the Rio 600. It’s not a “carry-all-your-music” machine but it will do for me until I can justify the spend on something with more storage. It actually arrived on Friday morning and Parcel Force turned up before I left for work. Fantastic. Now, what to put on it first.

Formula One: Schumacher wins. Are you surprised? Although Williams and 2 and 3. Poor Ralph. “It was a very disappointing day for the team and for me. Everything that could have gone wrong went wrong today” [ref]. I suspect a plot.

And it’s my Dad’s birthday today. My mother is with him somewhere the former Soviet Union for five weeks while he tries to do some work. Unfortunately, his mobile ‘phone doesn’t seem to work and he isn’t replying to emails, so Happy Birthday Dad!

UPDATE: You may also want to check out next year’s entry for more information.

I went to a wedding today on The Golden Hinde in Southwark. Then we were ferried to Camden to eat on board a canal barge. Finally, the evening reception was a The Canal Museum. It was a superb event and thanks to Derek and Lili for the whole thing and it is always good to catch up with old friends at a time like this.

As if you didn’t know: Kate won Big Brother 3. Johnny was second, Alex third and Jade forth. Once again this year I started off with very little interest but, as time went on, it became more interesting. For the past two years, the same thing has annoyed me. How come some of the contestants (for it is a game show) seem so ignorant of what the whole thing is about. If they have never watched it they can’t fail to have seen some of the media coverage. They must know what it is all about. But no, they moan about the whole concept and how bad Big Brother is. Why? [BB3] 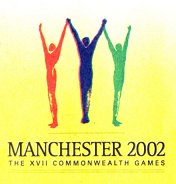 Tonight was the Official Opening of The Commonwealth Games. Does anybody still care about The Commonwealth except when they have these games? And I missed the opening ceremony – which, to be honest, is likely to be the only bit I would have watched. I was running in my new running shoes which I suspect is one of the best excuses I have ever had for not sitting on my backside 😉 I bought them this afternoon. I went to Run and Become which has a branch not too far from where I work. While there, I was made to run up and down with my trousers rolled up. Apparently, this was so that the sales assistant could see how I actually run. Personally, I think she was doing it for the amusement of the diners in the cafe opposite. Anyway, I came away Â£60 lighter with a nice new pair of running shoes.